VANCOUVER, BC – June 2, 2016 – Metro Vancouver* homes continue to sell at an unprecedented rate in communities across the region.

Last month’s sales were 35.3 percent above the 10-year sales average for the month and rank as the highest sales total on record for May.

New listings for detached, attached and apartment properties in Metro Vancouver totalled 6,289 in May 2016. This represents an increase of 11.5 percent compared to the 5,641 units listed in May 2015 and a 2.6 percent increase compared to April 2016 when 6,127 properties were listed.

"Economic and job growth in Metro Vancouver is out performing most regions in the country. This is helping to underpin today’s activity," Morrison said.

The sales-to-active listings ratio for May 2016 is 61.7 percent. This is indicative of a seller’s market.

Generally, analysts say that downward pressure on home prices occurs when the ratio dips below the 12 percent mark, while home prices often experience upward pressure when it reaches the 20 to 22 percent range in a particular community for a sustained period of time.

The MLS® Home Price Index composite benchmark price for all residential properties in Metro Vancouver is currently $889,100. This represents a 29.7 percent increase compared to May 2015. 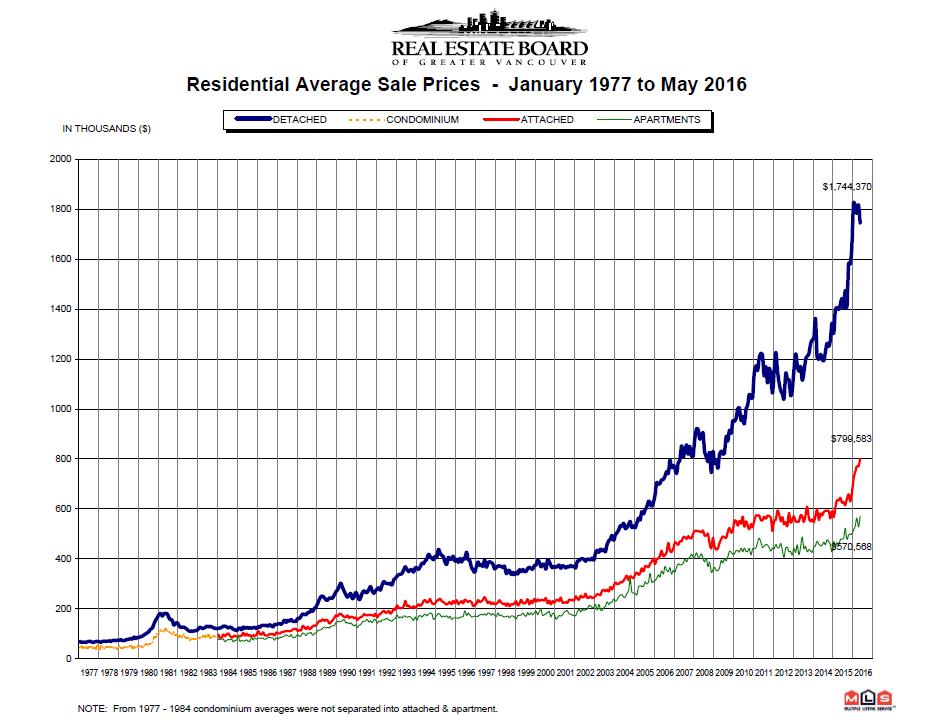 “I had been shopping on my own for a new home for a long while. I don’t usually keep realtors business cards but I kept Shirley’s because I felt she was very professional and seemed to have a good idea what I was looking for. I asked her to keep an eye out for me and, much to my surprise and delight, she found a great property in a very short time.
I’m certainly glad I made the decision to contact Shirley.” ~ B. SINGH

The data relating to real estate on this website comes in part from the MLS® Reciprocity program of either the Real Estate Board of Greater Vancouver (REBGV), the Fraser Valley Real Estate Board (FVREB) or the Chilliwack and District Real Estate Board (CADREB). Real estate listings held by participating real estate firms are marked with the MLS® logo and detailed information about the listing includes the name of the listing agent. This representation is based in whole or part on data generated by either the REBGV, the FVREB or the CADREB which assumes no responsibility for its accuracy. The materials contained on this page may not be reproduced without the express written consent of either the REBGV, the FVREB or the CADREB.